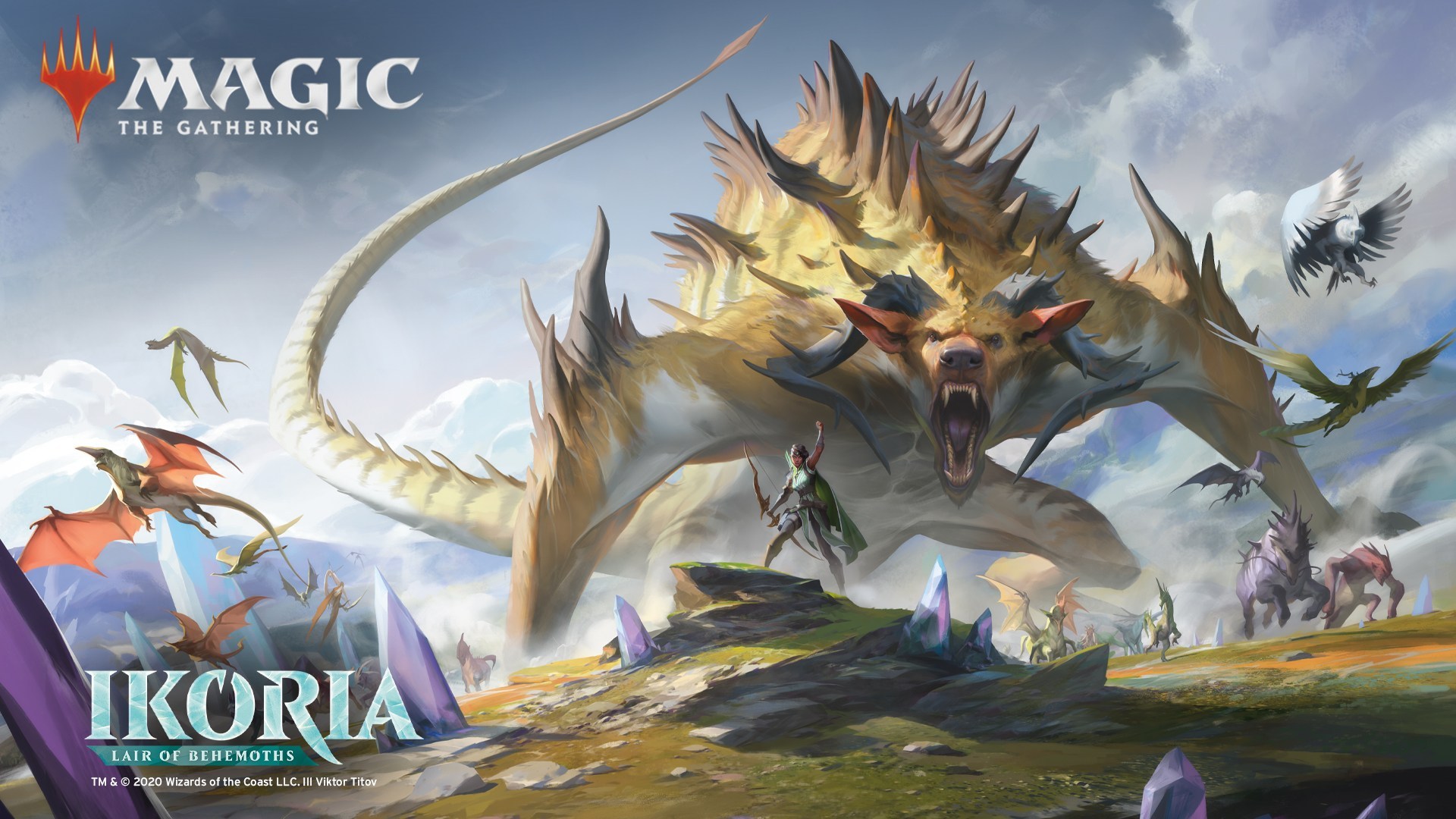 On the treacherous world of Ikoria, gargantuan beasts fight for survival while humans hide at the bottom of the food chain—forever in fear of the creatures beyond the walls and the human traitors known as “bonders” who believe the monsters misunderstood. Will you fight the behemoths at your door, or fight alongside them?

Each player will receives a Ikoria Lair of Behemoths Prerelease pack from which to build their deck.

Inside, you'll get six Ikoria: Lair of Behemoths boosters plus, a random stamped rare or mythic rare card as your Prerelease foil!

Then, of course, you'll get a couple other goodies—like a spindown life counter to keep track of your life total.

Now you have you pack whats next :)

First things first open those booster packs! Then, you'll have a stack of cards.

Now it's time to build your deck.

Sealed Deck is a little different from normal deck building. You get to build a deck using only the cards in front of you, plus as many basic lands as you'd like. Also, unlike a normal Constructed deck where the minimum deck size is 60, you only have to play 40 cards. All About Games has not added a description to this event